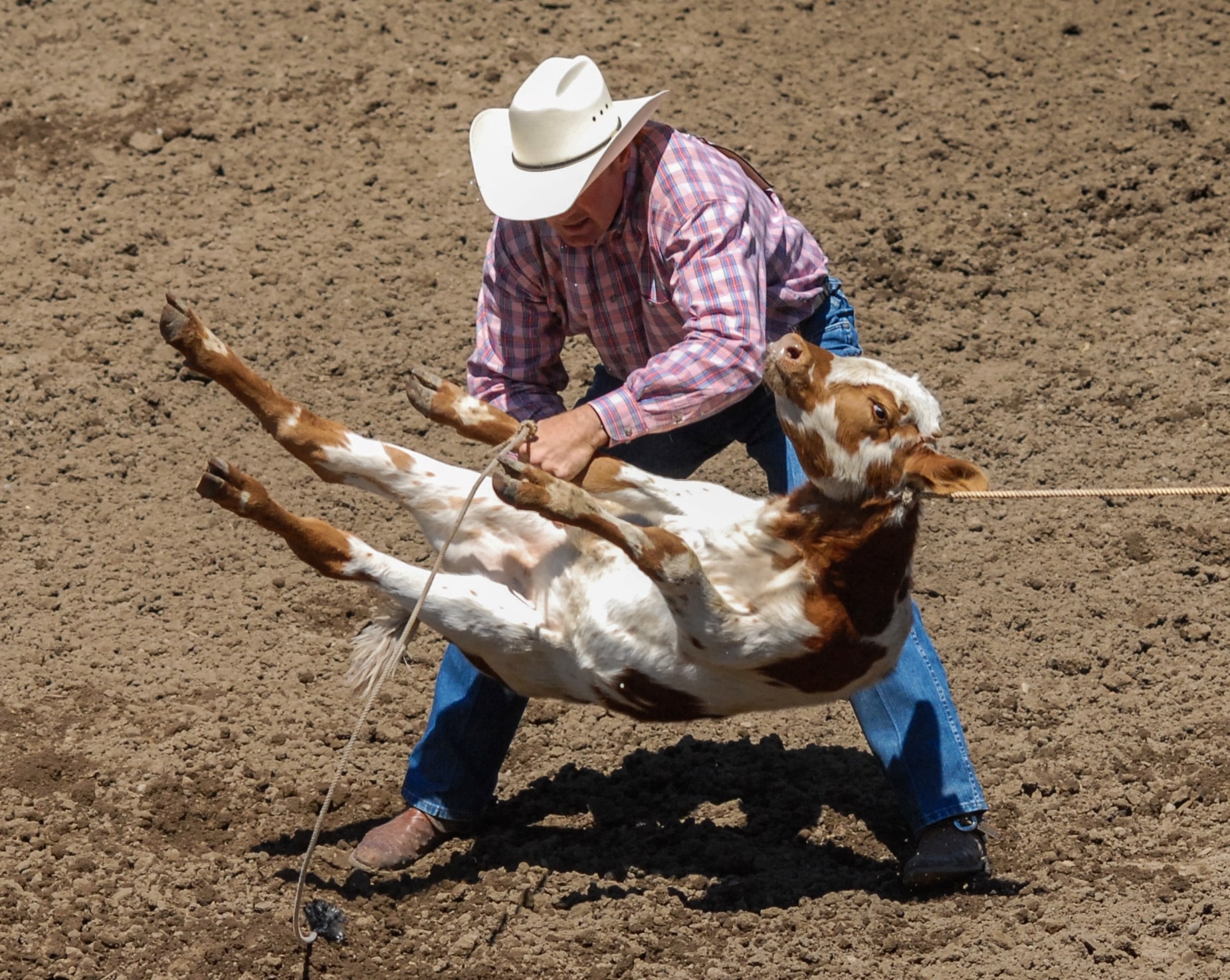 WINNIPEG – The Winnipeg Humane Society and national animal law organization Animal Justice are calling on the organizers of the Manitoba Stampede and law enforcement authorities to cancel planned tie-down calf roping, “mutton bustin’”, and other cruel events at this year’s Stampede. The groups say the events likely violate federal and provincial animal cruelty laws and must not be allowed to proceed.

The Manitoba Stampede is being held in Morris from July 22-24, 2022. As in past years, the event is set to include tie-down calf roping, mutton busting, bull riding, bucking bronco events, and even deadly chuckwagon racing. Through petitions launched by the Winnipeg Humane Society and Animal Justice, thousands of people have called for these brutal and outdated events to be cancelled.

Calf-roping is widely considered to be among the cruelest of all rodeo events. It involves participants chasing and lassoing calves by the neck and throwing the terrified animals to the ground in an effort to tie their legs together.  This puts calves at risk of injuries to their neck, limbs, and respiratory tract, as well as death. Mutton busting involves children attempting to ride terrified sheep, grasping onto their fleece, ears, and tails as the animals struggle to free themselves. Chuckwagon racing is among the most deadly of all rodeo events.

Because of concerns about animal welfare, several jurisdictions in Canada and around the world have banned tie-down calf-roping as well as mutton busting. Calf roping is so violent that Canada’s public broadcaster will not air portions of it on television. These and other rodeo events cause animals to experience immense fear and distress and put them at significant risk of injury. They are completely unnecessary.

“Tie-down calf roping and mutton busting events are outdated and inhumane forms of entertainment that cause juvenile animals to unnecessarily experience distress and potential injury as they’re chased, roped, tackled and more,” said Brittany Semeniuk, animal welfare specialist with the Winnipeg Humane Society. “These events are increasingly out of step with the values of Manitobans. The Manitoba Stampede concerts, midway, concessions and parades already make it a great celebration—there is no need for these types of events to exist in a modern, humane society.”

“Federal and provincial laws are clear: It’s illegal to cause distress and suffering to animals in the name of entertainment,” said Kaitlyn Mitchell, Winnipeg-based lawyer with Animal Justice.  “Tie-down calf roping, mutton busting, and other rodeo events are not exempt from our animal cruelty laws. If the Manitoba Stampede chooses to go ahead with these violent and unnecessary events, it is our expectation that the Stampede’s organizers will be held to account for any violations of federal or provincial animal cruelty laws.”

The Winnipeg Humane Society and Animal Justice are calling on members of the public to reach out to the organizers of the Manitoba Stampede and encourage them to cancel the planned calf-roping and “mutton bustin’” events.