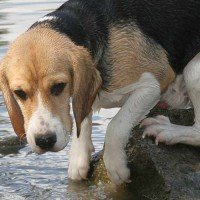 The Investigations & Emergency Response Department (IER) is the team within the Winnipeg Humane Society (WHS) who respond to concerns of animal neglect and abuse as well as emergent animal situations within the City of Winnipeg.

If you suspect an animal welfare concern is occurring within the City of Winnipeg please contact the Winnipeg Humane Society Animal Welfare Line at 204-982-2028.

**If your concern involves animals running at large, barking, licensing or animals that pose a threat to human safety (includes animal bites) please contact Winnipeg Animal Services Agency at 311 as these concerns fall under City of Winnipeg By-Laws.

All reports are treated with utmost confidentiality. We do not release names of people who report animal welfare concerns. Your personal information is protected by  The Freedom of Information and Protection of Privacy Act (FIPPA) and will remain confidential.

If you are a witness to animal abuse you may be asked to testify in court.

Once a report has been received, an Animal Protection Officer will be assigned. The APO may contact the reporter to clarify or request further information about the concern. The APO will conduct an inspection to check for compliance with The Animal Care Act of Manitoba and will make a recommendation for appropriate action. Possible results may include:

**Reporters will not be contacted with the outcome of an inspection. Just as your information is kept confidential so to is that of the person that was reported on.

The IER team is also involved in educating the public on animal welfare and has access to many resources which we are happy to share. If you have questions you can contact the department at our Animal Welfare Line, 204-982-2028.